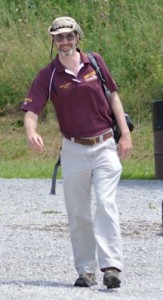 With more than 20 years in competitive shooting, Robin Taylor offers a unique viewpoint on firearms training.

Originally a student of Art Sievers (famed coach of the Naval Academy pistol team), Taylor brings pieces of the Sievers “conditioned reflex” style together with the high-speed efficiency of practical shooting competition.  Best known for coaching youth, he works with a small number of adult students each year by special arrangement.

Taylor’s “ideal student” tends to be an adult beginner/amateur looking for help learning the pistol — especially those interested in trying one of the pistol sports.

Taylor takes a handful of self-defense-oriented shooters as well, helping them with the gun handling part of the equation. He’s particularly noted for his expertise with the Glock. (Author, “The Glock in Competition.“)

As Jeff Cooper said so many years ago “owning a guitar doesn’t make you a musician.” New competition shooters will gain the most from a few hours of Taylor’s time, avoiding months of expensive trial-and-error.

In any context, pistols are weapon “systems” involving many parts — physical ability, training, ammunition, holsters, ammo carriers, and proper clothing (especially when carrying concealed). Those components all fit together. With a little effort, your “system” can be quickly tuned for its intended purpose.

Some of his pupils: 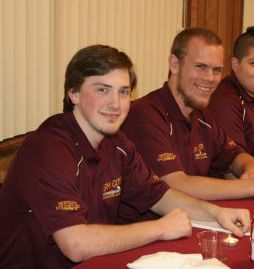